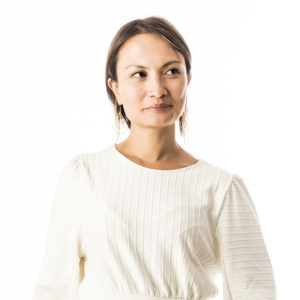 As a child growing up in a musical family, there was never a lack of opportunities to play, listen and express through music.

Having grown up and lived in 3 different continents, Noella often saw the glaring disparity between the rich and the poor. Mother Teresa once said: “the most miserable and tragic thing about poverty is not the lack of bread or roof, but the feeling of being nobody, of not being anyone, the lack of identification, lack of public esteem.” Her heart often broke seeing how much poverty there was, and what striked out to her were children who had little or no access to the arts. It was hard to imagine children never experiencing the joy of ever picking up a paintbrush nor an instrument to create. Since then, a seed was planted and many years later inspired the birth of ARTIF.

A passionate educator for the past 12 years, Noella has been actively teaching, directing ensembles and workshops. In addition to teaching, Noella maintains a very active performance career and has appeared with numerous orchestras and given many concerts both as a soloist and chamber musician across Australasia, Europe and the United States. She is a member of Trio Anima Mundi and Ad Ho Collective. You will find her on her days off hanging out with her 3 beautiful boys, taking latin dance classes, embracing the outdoors with a run and sharing heartfelt moments over a glass of wine with her friends and family. 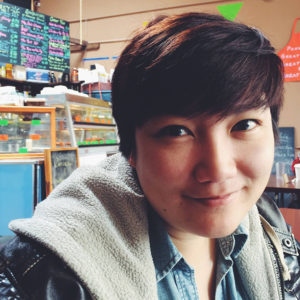 Stephanie Yan coordinates artistic programs, which includes video production, video editing and consultation services to artists, arts groups and nonprofit organizations. Originally from Singapore —a little country down the Malaysian peninsula, she is fluent in English, Mandarin, and enough Cantonese to order take out food at a Chinese restaurant. She is currently attempting to learn enough Spanish to order a taco.

Yan holds a B.A. in Cinema from San Francisco State University and is currently creating a comprehensive curriculum for film education unique to the media industry in Singapore. She has 3 years of Film Festival programming experience and helms over 6 years of work experience in print, film production, post production and broadcasting in Singapore, United States & Mexico. Her zest for film and media remains unalterable. 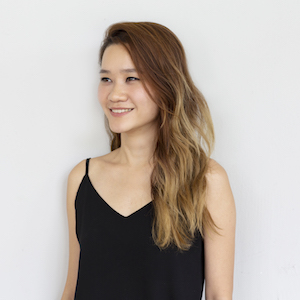 Crystal started playing the piano when she was only five years old… but no, this isn’t a story of a musical prodigy. After 12 long years of lessons, examinations and some awkward performances, she finally accepted that piano just wasn’t her calling. So she went on to pursue a career in journalism, which led her to the wonderful world of digital publishing.

Today, she spends most of her waking hours at Indochine Media Ventures, where she dreams up creative ideas for clients across Esquire, Buro 24/7, and Robb Report, manages the company’s website revamps and digital projects, optimsing articles for Google Search amongst, well, you know, other publishing things. At Artif, Crystal is responsible for all communication and development. In other words, she writes, put ideas in order for Artif and hustles for corporate partnerships.

As a violin instructor, business owner and musician, Samuel believes in contributing back to the community in the art scene. Samuel teachers and examines at Yamaha Music School Singapore where he also founded the Yamaha String Ensemble, creating various platforms such as the Singapore Chinese Orchestra Chamber series and the Esplanade Concourse programmes for amateur string students to perform together .

Samuel serves as a grassroots leader with the People’s Association and general manager of its oldest founding orchestra, the Braddell Heights Symphony Orchestra. This orchestra brings together a community of people from all walks of life and present five annual concert performances at notable venues such as the Esplanade and SOTA. Alongside both local and foreign musicians and music directors, he has initiated and led overseas projects in Italy, Japan and South Korea.

As an educator, Samuel has been volunteering with Very Special Arts Singapore (VSA) since 2011 and over the years, many of these special needs students have performed both in public venues as well as achieved ABRSM violin practical certifications. 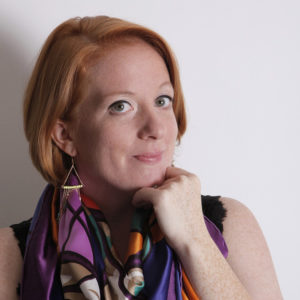 Having recently moved to Melbourne, Katie Pryce studied at The Purcell School and the Royal Academy of Music . She went on to become principal horn of the Kwa- Zulu Natal Philharmonic Orchestra in Durban and has worked with many orchestras such as the London Symphony Orchestra, London Sinfonietta, Northern Sinfonia and the Royal Philharmonic.

Katie is passionate about music education and believes it is a language that should be enjoyed and available to all. She has created and performed music workshops in the Town ships of Durban in South Africa, to the slums of Mumbai where she co created a music scheme bringing music to poorer communities. The Muktangan schools scheme started in 2007 and is still going strong today. Katie is also a singer and has performed as a Jazz singer and cabaret artist in many venues across London. 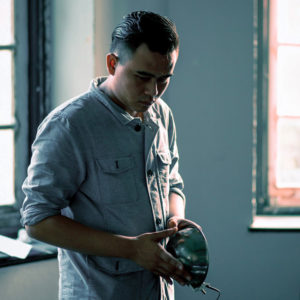 Born in Yangon, Musica Htet studied Contra Bass extended technique and experimental noise music under Brian O’Reilly. Living as a classical recording engineer and Foley artist. He started his first solo noise performance at the Yangon Gallery in 2014. He is now helping Yangon develop a better noise scene in Myanmar. Most of his work and researches focus on experimental music scene in South East Asia.

His further studies were audio networking and surround mixing system. His first noise track was released in oversea with other South-East Asian musician under the album name of “NOT YOUR WORLD MUSIC”.